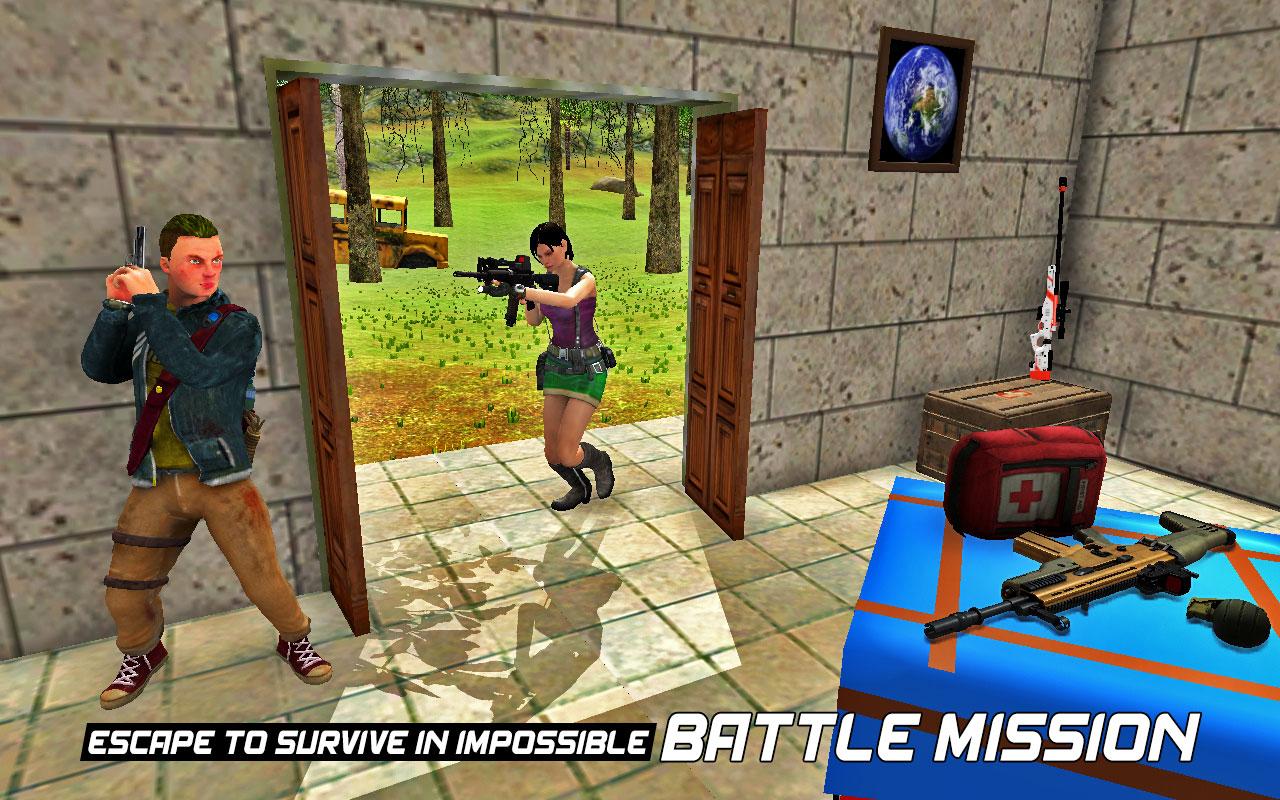 Unknown with the rules to play & survive in the battleground? Take the part of the world war battleground game player that is designed for a fun purpose. All the need is to play like a bravo shooter who has a madness of survival in the firing squad games. To play real battleground survival mission game needs expert battleground shooting games skills. Prove the shooting skills against the gun war of swat force.

The last day mission of battleground survival games requires superior fps gun shooting experience. Every free shot counts so keep an eye on every free shoot. A brave commando has to take a perfect shot to eliminate enemies & clear the battleground arena to win the challenge. Take aim & shoot as brave fps commando. Don’t be hopeless in the arena of fire battle ground squad. Fight to survive in fire shooting games 2019. Play firing till the last survival.

Use sniper 3d gun shooting skills to make an accurate shoot at enemies. Play like a warrior to defend your base in the survival game of the firing squad. Only the way to victory is survival. Be the last man standing & swat battle ground legend in real survival battleground challenge.

There are no reviews yet.

Be the first to review “Battleground Survival” Hủy